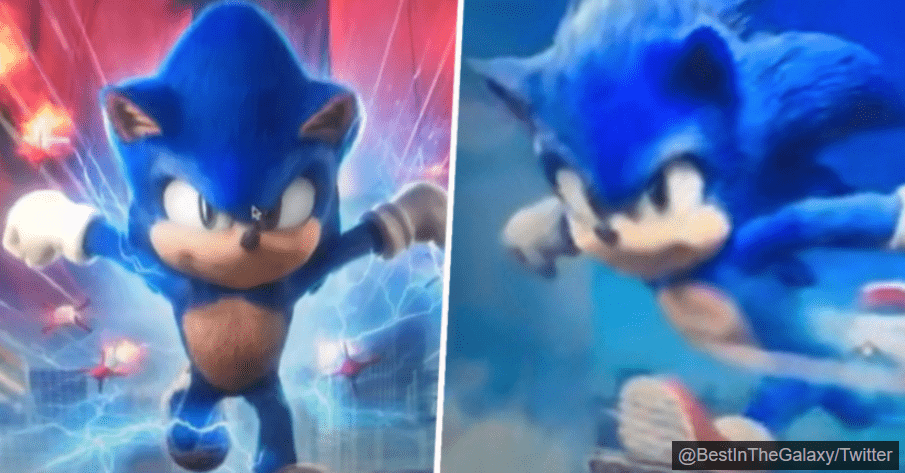 So as we all know, the first trailer for Sonic did not cut it! But now we have a sneak peek of what is to come!

All the fans of the video game were left confused and upset at the way the spiky Sega legend had been reimagined for the big screen directors.

The movie version of Sonic looked near unrecognisable from the original character. His eyes were a nothing like before, while his fur appeared to be kind of synthetic. And the teeth well yeh say no more.

We came across what we believe is the first sneak peek at what Sonic 2.0 will look like. The pictures were tweeted by Twitter user @BestInTheGalaxy, who claimed to have a ‘friend at Paramount’.

It’s not clear yet if these are authentic leaked pictures or clever fakes, and – if they are real – we don’t know whether or not this is the final product or if a version 2.1 will be a thing.

Let us know in the comments down below if you prefer the first version or this new one!