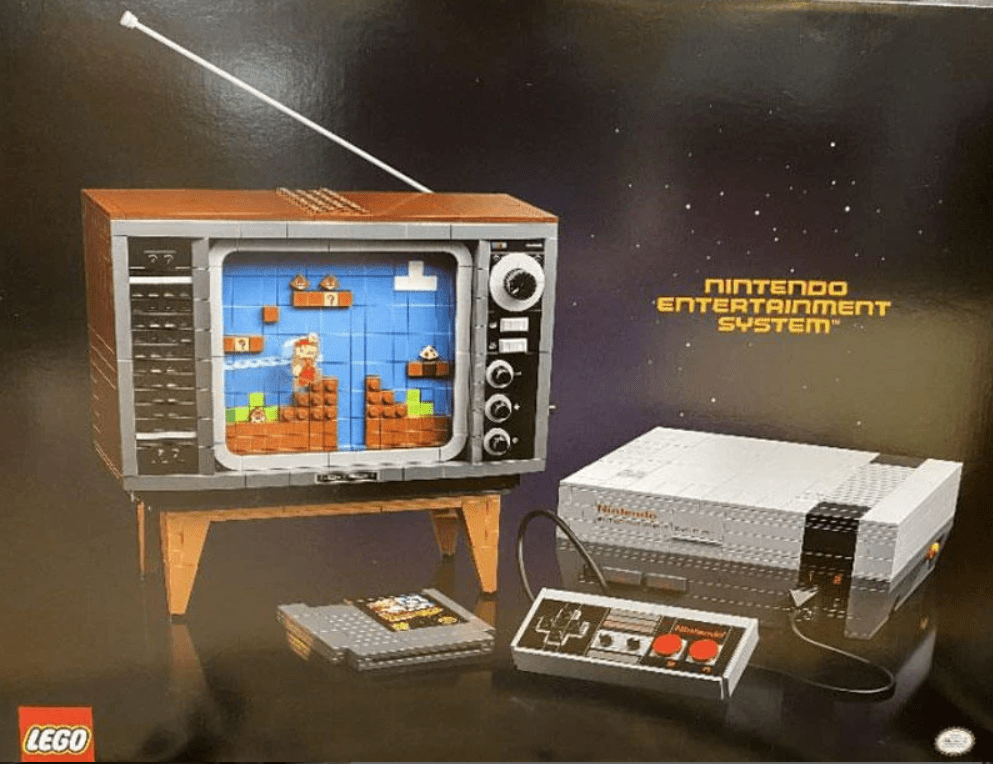 According to sources Nintendo is set to release a LEGO version of its classic NES console in August.

A set of pictures have appeared on a Chinese site VJgamer, which claims that the upcoming product includes 1:1 brick replicas of the NES console, the controller, a cartridge, and even a CRT TV which shows Super Mario Bros. on the screen.

Looking at It, you will be able to open the NES’ front cover and insert the LEGO cartridge and that the TV features a leaver which can make Mario move from one side of the screen to the other. German publication PromoBricks says that the set will launch for £199 / $250 in August.

We will keep you posted when you can order or pre-order!