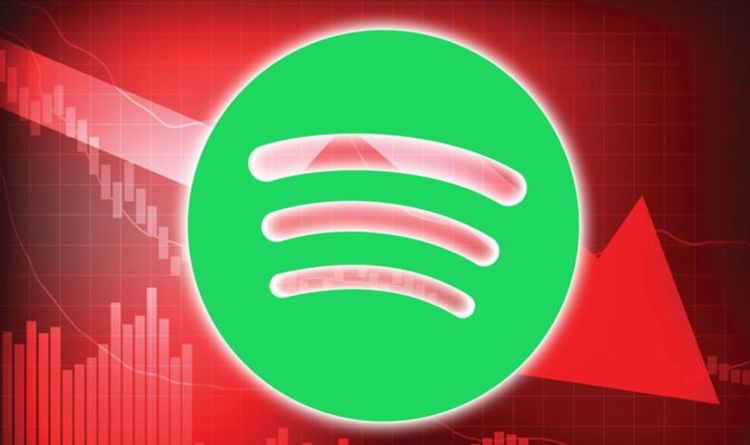 Spotify down reports are surging in right, with thousands of users of the hugely popular music streaming app having issues with it crashing or not working.

Independent outage monitor Down Detector has today seen a massive spike in Spotify down reports, with thousands of reported problems recorded.

According to the Down Detector outage map the Spotify down issues are mainly affecting users in the UK and Europe as well as parts of the US.

As the Spotify app issues hit users flocked to Twitter to report problems with the service, with many saying they’re having issues running the programme on iPhone iOS devices.

One Spotify user tweeted: “Spotify is down, I cant work without my jams bro sort it out”.

Another posted: “Since spotify is down I’m actually listening to that free U2 album that Apple gave us all”.

One Spotify user added: “I have reset my phone and my Spotify is still not working #SpotifyDown”.

And another wrote: “Updated, deleted and installed, turned my phone off only to find out spotify is not working for everyone #SpotifyDown”.

At the peak of the outage so far Down Detector UK has registered over 10,000 reports of Spotify down.

While downdetector.com has recorded a peak of over 12,000 reports of Spotify down.

The official Spotify Status Twitter account has confirmed that the app is experiencing issues today and they’ve got people investigating it.

As the Spotify issues hit the hashtags #Spotify and #Spotifydown were trending on Twitter as was rival streaming service Apple Music.

Plenty of memes were posted about Spotify users considering switching to Apple Music, or from users of Apple’s streaming service poking fun at Spotify.

Fingers crossed this gets resolved fast, I’m running out of CD’s