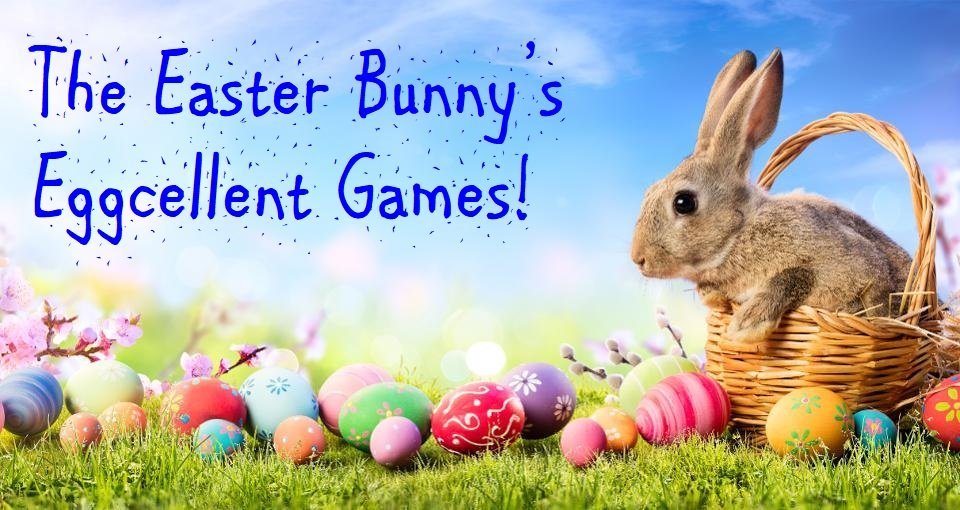 Easter is here! So it’s time for me, as the Easter Bunny, to get busy and make all those lovely children happy by delivering tasty chocolate eggs all over the world!

But when I am not creating confectionary and posting presents I like to relax by playing a few video games like everyone else. What are my favourite games I hear you ask? Well, ones starring other rabbits of course!

Some of my good friends at Geekly gave me a call and asked if there were some games that I could recommend for their readers this Easter and I was more than happy to oblige. So here are ten eggcellent games for all you kids (and adults) to enjoy this Easter holiday!

Released in 1989 by Kemco for both the Nintendo NES and Game Boy, this is one the many games out there to star the second most famous bunny of them all (after me of course!). It’s also rather famous for being featured on one of the most popular episodes of the Angry Video Game Nerd.

The Game Boy version of Crazy Castle is my favourite because I get to play it while delivering all those Easter eggs. In the game you play as Bugs himself as you make your way around the many levels collecting tasty carrots. Other members of the Looney Tunes family such as Daffy Duck, Wile E. Coyote and Yosemite Sam are trying to stop you for some reason but there are various ways to stop them. In try cartoon style you can don oversized boxing gloves, drop huge weights and topple flower pots. These strategic elements mean it’s more than just your average platformer.

Interestingly the original Japanese version of this game starred another bunny altogether – Roger Rabbit. But they changed to Bugs when they didn’t have the license for North America. The engine was also reworked into games starring Mickey Mouse and Kid Klown too.

Rabbit Transit is one of only 12 games released for the ill-fated Starpath Supercharger, and add-on for the Atari 2600 that not only boosted performance but allowed you to play games from cassette tape. Thankfully no such add on is needed today as you can play it via emulation.

While Easter is definitely a family-themed occasion, the plot of this game most definitely isn’t! In Rabbit Transit you are trying to guide our hero through a dangerous meadow then up a perilous hill in order to mate with a sexy female bunny! This is even shown as a small animation in the game where your lady friend suddenly produces a stream of offspring! The first level plays a bit like Frogger while the second is reminiscent of Q*bert and once you complete both the game repeats again only harder.

One of the strangest things about Rabbit Transit is the music, as it features renditions of both London Bridge is Falling Down (rather bizarrely) and For He’s a Jolly Good Fellow (in the mating scene of course!). Aside from the audio, it also has some great graphics and enjoyable gameplay.